Mucus consists of 95% water, in addition to small amounts of proteins, lipids, salts, cells and cell debris. This large amount of water is bound into a gel by mucins, which are glycoproteins (proteins linked to long sugar chains). The high water content of mucus makes it difficult to image as conventional high-resolution and imaging analysis methods such as electron microscopy are carried out in a vacuum. In vacuum, the structure-giving water evaporates, causing considerable alterations of the native mucus structure.

In their recent study “Visualization of the structure of native human pulmonary mucus” Enkeleda Meziu and co-authors from INM – Leibniz Institute for New Materials, the Department of Pharmacy, Biopharmaceutics & Pharmaceutical Technology at Saarland University, and the Department of Anesthesia and Intensive Care at Saarbrücken Hospital investigated how to better describe the mucus structure.

In this video below you can see how we are working with the nebulator:

They compared different analytical methods to reveal how the structure of mucus changes under different observational conditions. When dehydrated in vacuum, large, air-filled pores formed, resulting in a sponge-like appearance of the mucus. This corresponded to previous reports in the literature. In the native, hydrated state, the mucus showed a rather compact structure without a regular pore pattern. The various mucins were distributed heterogeneously inside the structure. The new insights challenges prevalent idea of what the mucus looks like.

With the newly gained knowledge, the researchers now work on improving their cell experiments. As part of her doctoral thesis, Ms. Meziu is investigating whether bronchial airway cells cultured in the laboratory form a mucus layer with a comparable structure. “Well-characterized mucus models are a prerequisite for evaluating the efficacy and safety of drug delivery systems. Human mucus samples are difficult to access and donors’ samples differ significantly. Therefore, we are investigating in vitro mucus as an alternative model.”

Further analyses will now show if the new in vitro model can help explaining which types of particles can overcome the mucus barrier. The idea is to use such particles to encapsulate drugs that cannot or have difficulties to penetrate the mucus layer on their own. This would allow the active ingredients to reach the site of action – reducing the administered amount and thus also potential side effects of the drugs. On the other hand, unwanted penetrating nanoparticles could affect the body. “One question that shall be answered is which properties of the particles contribute to them traversing the mucus layer.” explains Dr. Annette Kraegeloh, co-author of the study.

The researchers chose experimental conditions such that the mucus layer formed by the cells is in contact with air, similar to the airways. To model how particles meet the mucus, Enkeleda Meziu uses a nebulator, a device in which the particles of interest are dispersed in fine water droplets in the air. The resulting aerosols then hit the mucus that covers underlying epithelial cells. In this way, the inhalation of aerosols is realistically simulated. Marc Schneider, head of the Biopharmacy and Pharmaceutical Technology group at Saarland University, says, “Possible areas of application are testing of aerosol particles and their behavior after deposition in the lungs. The focus is further on the treatment of bacterial infection, which occurs as a concomitant symptom of various lung diseases.” What working with the nebulator looks like is shown in the video above. 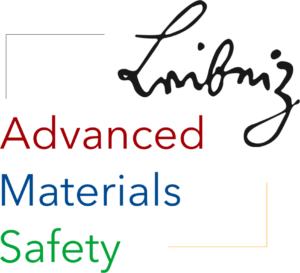